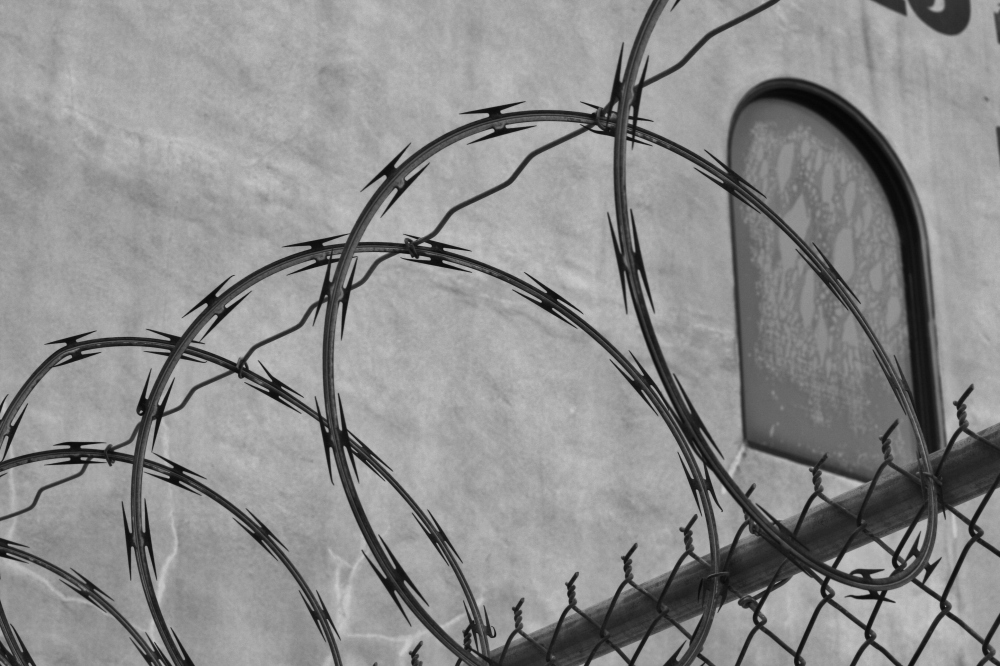 Jews were forced to flee their homes like a baby separated from its mother at birth. Singled out because of their caste and clustered in chains.

Barbed wire hangs on poured concrete. Freedom is pictured in graffiti on the wall and prayers are spoken for the enemy’s retreat. Soldiers march as tanks crawl and the Reich begins to rise. Hope like a thief makes its escape.

Icicles drip without a sound while prisoners watch them fall and disappear into the ground. Spring’s arrival renews hope of escape, yet one more hour becomes one more day. The captives seek a modern-day Saul, incognizant of the coming storm.

Prisoners dream of their release while wounded captives wrawl. Their fate belongs with a brokered peace. Diplomacy fails as promises are broken like fine china on a marble floor.

As war draws down the final curtain whispers of victory are spoken. Finally, the Allies’ decisive incursion begins.

Parachutes dot the cloudy sky and the attack plan is in motion. Like dandelion seeds commandos float to the ground while survivors’ whispers are drowned by the war’s din. Hand to hand combat is certain and each recaptured town becomes a token.

In the camps the hope for freedom is ignited. Prisoners rise like a phoenix from the ashes, they have awoken. The gates are opened and soon families are reunited.

Many years later the Holocaust deniers tell lies and survivors listen in disbelief. The truth can be seen in the victims’ eyes.